Pat Miller has been training dogs for more than 40 years. 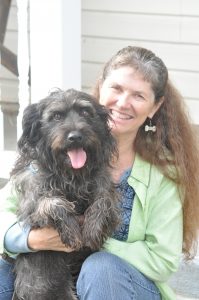 As a child, Pat was the one who taught the family dog to sit, lie down, and jump over broomsticks in the living room. Her professional life has always involved animals, first as a horse trainer in Wisconsin, then for 20 years as a Humane Officer at the Marin Humane Society in California, and most recently as a Certified Professional Dog Trainer and Behavior Consultant. She launched her own dog training company on the West Coast in 1996, after five years assisting nationally acclaimed obedience instructor Judie Howard of Arydith Obedience, and relocated the Peaceable Paws Dog and Puppy Training Center to Chattanooga, Tennessee in the year 2000, then to its present 80-acre campus in Fairplay, Maryland, in April of 2004. Pat received her CPDT-KA certification as a professional dog trainer from the Certification Council for Professional Dog Trainers in September of 2001, one of the first 136 trainers in the world to attain this title, and her CBCC-KA a few years later.

Pat is also a freelance writer and author, regularly contributing articles on dog behavior and training to The Whole Dog Journal. She is also Training Editor for The Whole Dog Journal. Her first dog training book, The Power of Positive Dog Training was released by Howell Book House in August of 2001 and has been on Amazon.com’s “Best Selling Dog Training Books” list since January of 2002. Her other books are: Positive Perspectives, Positive Perspectives 2, Play With Your Dog, Do-Over Dogs, How to Foster Dogs and Beware of the Dog; Positive Solutions for Canine Aggression. 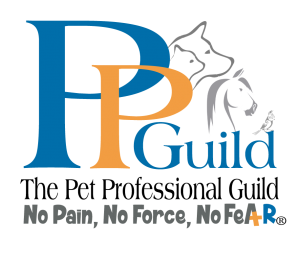 A “cross-over” trainer, Pat started her long dog-training career using “old-fashioned” methods that relied on the use of force-based tools and methods – jerks on the choke chain, harsh verbal corrections – and successfully earned numerous obedience titles with a variety of dogs, including a Rough Collie, a Bull Terrier, an Australian Kelpie, a Pomeranian, and Josie, her wonderful Terrier mix. It was Josie who convinced her to cross over to force-free methods, and she is now fully committed to science-based, positive reinforcement training.