This quote, often attributed (perhaps incorrectly) to Irish political philosopher Edmond Burke, is at the heart of the debate between many otherwise philosophically aligned positive reinforcement trainers. Do we speak our hearts about the atrocities committed by TV personality Cesar Millan in the name of “dog psychology” or do we simply commend his success in encouraging more people to seek help for their dog’s inappropriate behaviors as we work to repair the damage done to some or our canine clients whose humans have tried to emulate his methods? We are after all, some say, supposed to be positive trainers – should we not reflect that in our behavior with those we disagree with as well as those we are congruent with? Should we not work to shape the behavior of those humans with positive reinforcement rather than use positive punishment when they act in a way we consider inappropriate, just as we would with our dogs?

Premier has long been considered a leader in the field of positive dog products, offering items such as the Easy-Walk Harness, the Calming Cap, Manners Minder, Gentle Leader and much more. Bark Magazine is my second-favorite publication (after Whole Dog Journal – www.whole-dog-journal.com ); it’s not as focused as Whole Dog Journal, but it’s an interesting eclectic read, and the regular columns by Patricia McConnell (www.theotherendoftheleash.com), goddess of dog behavior, are by themselves enough to make the magazine worth the price of subscription. 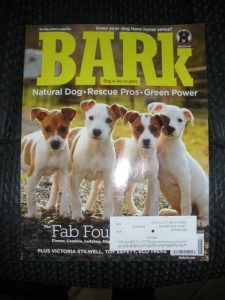 I was hugely dismayed when Sharon Madere, co-owner of Premier, contacted me in early 2010 to inform me that they were selling the company to Radio Systems Corp, a well-known, very successful shock collar company. I was, no pun intended, shocked. Sharon herself gave me the impression that she wasn’t thrilled with the sale, but that it was beyond her control since she wasn’t a majority holder in Premier. She was determined to make the best of it, and optimistically offered that, since she would continue on in her capacity of managing the Premier division of Radio Systems, she was hopeful she could help the parent corporation see the light and eventually, perhaps, move away from marketing of shock collars for dogs. She was contacting well-known professionals in the training and behavior field as a courtesy, and to hopefully garner their support for the move.

I very much appreciated the courtesy, but sadly advised Sharon that I would be looking for alternative sources of equivalent products, as I was unwilling to knowingly contribute my purchasing dollars, even circuitously, to a company whose primary purpose was to shock dogs.

A few weeks age, a Facebook friend recently brought my attention to the fact that the most recent issue of Bark magazine contains an advertisement for a shock collar company. Because Bark generally promotes positive, gentle relationship with dogs, it was an unpleasant surprise to see this ad in a magazine high on my list of favorites. When I contacted Bark editor Claudia Kawczynska, she said she had already received numerous e-mails from concerned readers, including some who were canceling their subscriptions as a result of the ad. She realized they had made a horrendous mistake in accepting the ad, and promised that they would never do it again. The difficulty economy, she said, had clouded their judgment.

Shortly after that, I read several blogs and e-mails that chastised positive trainers for being so hard on companies that made business choices and as a result, fell from grace. “We are,” they said, “positive trainers. We should no more use positive punishment on these people than we would use it on our dogs. Where is the positive in this blacklisting behavior toward these companies?”

In my mind, the Premier and Bark examples are entirely different scenarios. Premier, made a permanent and deliberate major business decision, knowing it would alienate some customers, that puts them in bed with a company that goes against everything I stand for and believe in relative to dog training. Premier is now an integral part of that company, regardless of who manages it. I no longer buy from Premier. While I hope Sharon succeeds on her mission and wish her the best of luck, I won’t spend my money there. (Besides, taking my purchasing dollars away from Premier isn’t positive punishment, it’s negative punishment, and most positive trainers do use negative punishment from time to time.) Bark, on the other hand, made a one-time poor business decision that they openly regret and have promised not to do it again. I will continue to support and write for Bark. And yes, I am pretty open about my disapproval of the Dog Whisperer’s training methods.

I agree with Burke, or whoever it was who really wrote that quote. Good men – and women – need to be willing to stand up and speak out against the evils that are all to present in the world of our canine companions.

And now, I’m headed off to North Carolina to spend a weekend shaping and have fun with some of my very best dog trainer friends. Guess what my next blog will be about!

Footnote from out last Academy: Beth, one of the Border Collie sisters, was adopted by one of our PPaws apprentices and is happily in her new home. 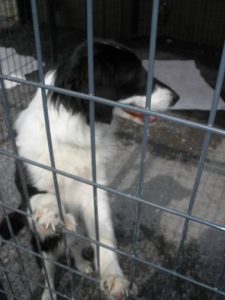 Max, the Sheltie, was adopted by a knowledgeable and experienced couple from Pennsylvania (shelter professionals) who appeared willing and ready to work with his car-reactive behavior. 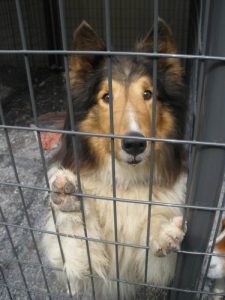 Pippy and Riley are still waiting for their forever homes at the Humane Society of Washington County (MD); (hswcmd.org) 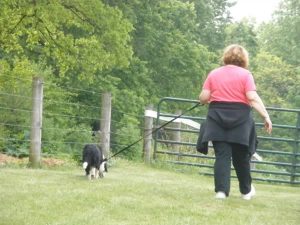 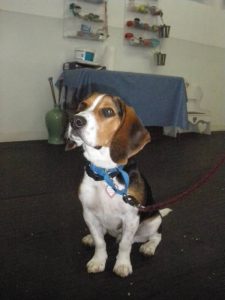 7 thoughts on “All That Is Necessary”