Animal forensics DVM Melinda Merck’s rising star has recently taken a meteoric crash as a result of a couple of very high-profile animal cruelty cases gone wrong. There have been a lot of blogs and articles accusing her of either jumping recklessly to conclusions, or deliberately misconstruing forensic evidence in order to seek convictions against alleged animal abusers.

Merck is director of veterinary forensic sciences for the American Society for the Prevention of Cruelty to Animals. She also co-founded a widely-hailed veterinary forensic science training program at the University of Florida. As one of the country’s most prominent forensic veterinarians, Merck helped federal prosecutors build the dogfighting case against NFL star Michael Vick, who served 18 months in prison.

The first case to fall apart was a case in which a Florida teen was accused of mutilating and killing multiple cats. Merck, relying on information from Miami-Dade Animal Services Director Sara Pizano, initially concluded that the cats must have been killed by a human. However, after a defense expert peeled back the fur on eight preserved cat corpses and discovered bite marks that showed an animal predator was to blame for the killings, Merck retracted her statement and the charges against the teen suspect were dropped.

In the second case, a Florida businessman made a statement to a vet tech (jokingly, he later claimed) about having sex with his Great Dane. In July, authorities arrested Armand Pacher, 65, on animal cruelty charges after Merck examined the dog, named Christie Brinkley, and reportedly found signs of sexual abuse and apparent human sperm inside her body. Police also found leashes attached to Pacher’s bed that investigators believe were used to restrain the dog. A separate University of Florida geneticist also determined that human DNA was present.

Defense attorney Jeffrey Weiner says his experts concluded that Merck exaggerated the dog’s physical condition, and what appeared to be human DNA in the dog’s urine sample is likely contamination such as human skin cells, not sperm.

So what’s up with Dr. Merck? Certainly she should have known better than to simply rely on someone else’s observations in the cat-killing case, if that is indeed what happened. The second case, however, sounds more like the kind of “battle of the experts” not that uncommon.

Here’s an example of conflicting expert opinion from a current news story about Amelia Earhart:

“Thinking of Earhart, the overseer sent the items to Fiji, where a British doctor decided they belonged to a stocky European or mixed-blood male, ruling out any Earhart connection.

The bones later vanished, but in 1998, Gillespie’s group located the doctor’s notes in London. Two other forensic specialists reviewed the doctor’s bone measurements and agreed they were more “consistent with” a female of northern European descent, about Earhart’s age and height.”

In fact, Merck’s findings of human sperm are supported by those of a second expert, and if it hadn’t been for the previous recent fiasco, no one would be taking much note of conflicting opinions in the second case, or questioning Merck’s opinion.

Animal forensics is in its relative infancy, and holds great promise for refining the field of animal cruelty prosecutions. Stumbles are inevitable, and I sincerely hope Dr. Merck recovers from this one and continues to contribute her valuable knowledge and passion to this emerging discipline. Animal cruelty prosecutors need all the tools they can get, and it would be a real shame if they lose this one. Having been involved in animal protection and animal cruelty cases myself, for decades, I know that it’s easy to fall into the trap of overzealousness. We want so badly for someone to be held responsible for animal suffering, partly to see justice done (as it so often isn’t) and partly in hopes of reducing the amount of future animal suffering.

Dr. Merck’s credibility has certainly been damaged by these two cases coming one right after the other. Overzealous and perhaps a little sloppy? Maybe. Deliberate malfeasance, as some have accused her of? I think not. I hope that she, and the adolescent field of animal forensics, have the resilience to recover and forge ahead with their mission of protecting animals, perhaps a little more carefully in the future. The animals need them. They need all the help they can get. 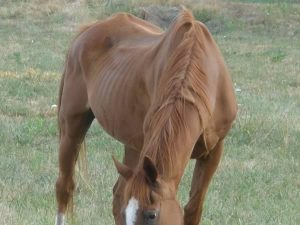 Abused and neglected animals need all the help they can get.

On a happier note, husband Paul and I just enjoyed a lovely two days on a trip to York, Pennsylvania and back. We gave ourselves an early Christmas present and drove up to see Bill Engvall (of Blue Collar Comedy Tour fame) at the Strand Theater, and spent the night at the historic Yorktowne Hotel. 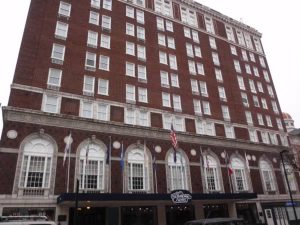 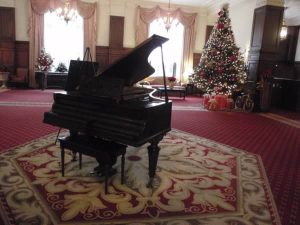 Lobby of the Yorktowne Hotel 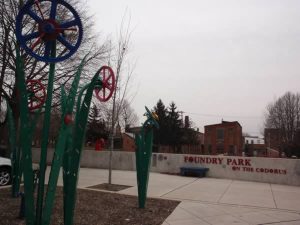 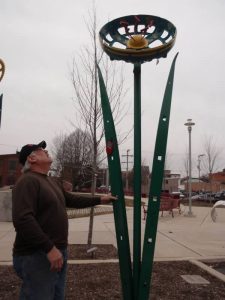 We stopped for lunch on the way up and back at the Cozy Restaurant in Thurmont, Maryland, (wonderful food, and an almost endless lunch buffet!) and were met halfway home with one of the early snowstorms that have been plaguing the country. 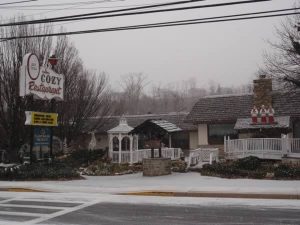 Cozy Restaurant, Thurmont, Maryland. They know how to do Christmas! 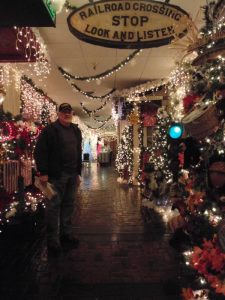 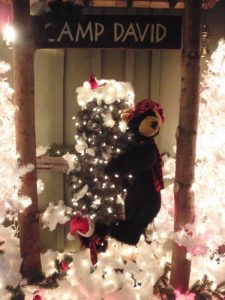 Cozy has close ties to nearby Camp David presidential retreat 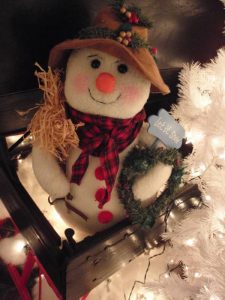 Prophetic little “Let it snow!” snowman – we did, indeed, encounter snow on our way home!

Glad we were in the Blazer, with 4-wheel drive. Glad Paul was driving, not me! 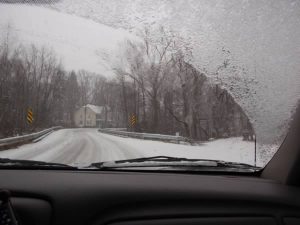 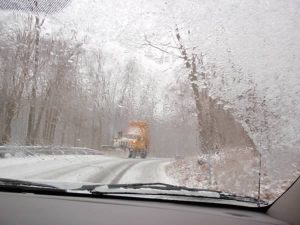 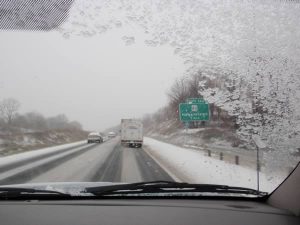 Glad we made it home safe, and the alarming phone report from my assistant, Shirley, of a strong smell of gas in our house, was just an empty propane tank, resolved by the time we arrived home, with all the animals safe.

It’s always a challenge to take time away from the farm – what with our menagerie of 5 dogs, 3 cats, 5 horses, a donkey, a pot-bellied pig and 4 boarded horses. Sometimes it doesn’t seem worth it – until we finally get away and realize how important it is to take time for ourselves.

This holiday season, if you can, give yourself the gift of time with your loved ones. The memories are presents that lasts forever, and they never lose their value. I hope you all have the happiest of holiday times with your friends and families, two-legged and four. 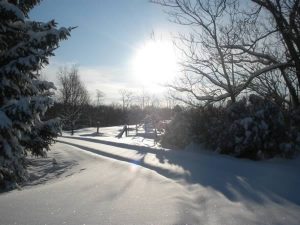