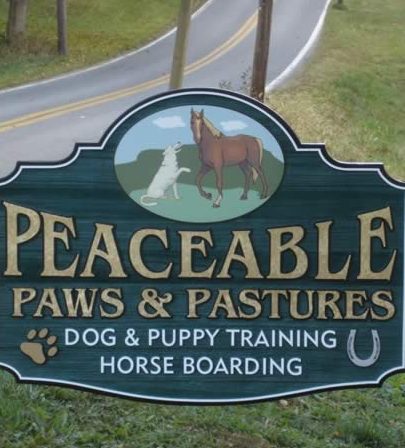 Hope all of you are well… I continue to be confounded by the bizarreness of human behavior these days, but we are well here, and getting lots of farm projects done. I have to say – I am very not-fond of the cool Spring we are having; in the low-to-mid-30s at night – we are still blanketing horses, and we even had snowflakes the other day!!

I promised to share Sunny and Kai’s adoption stories with you – so we’ll start with Kai.

Five years ago, Paul and I were grieving the recent loss of several family members, including Dubhy (pronounced “Duffy”), our Scottish Terrier, and Missy, our Australian Shepherd. 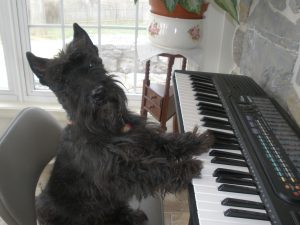 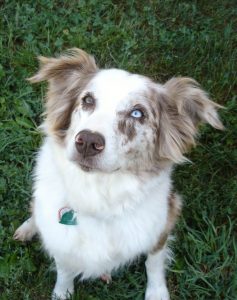 After we lost Dubhy to lymphoma in June of 2014, Paul said to me “It hurts too much to lose them… let’s not get any more dogs.” I respected his wishes for several months, and then both of us, unbeknownst to each other, started searching the Internet for a red Australian Kelpie to rescue. (We’d had two red Kelpies prior, going all the way back to my Marin Humane Society days, and we loved them – they are truly extraordinary dogs.) Most of the “Kelpies” listed on rescue sites didn’t look like Kelpies at all, and I was beginning to despair of finding one, when I came across a sure-enough red Kelpie at the Joyful Rescues site – up in Cuba, New York. I hesitated – just for a moment – before telling Paul, since he had said he didn’t want another dog – and then showed him the picture. He confessed that he had been looking for Kelpies too, and said yes, we were interested.

I filled out the application, and had to give references. In the application, I explained that I was a dog trainer and was looking for a dog I could use in some of my work. I alerted my reference-friends that they might hear from the rescue group. One of them laughed and said, “You need references? Do they know who you are???” I assured her that I respected that the rescue group was doing their due diligence.

A few days later I got a message from the rescue that they wanted to talk to me on the phone. Curious as to what the hold-up might be, I called the rescue person. She asked me, “So – you want to use this dog for your work – what happens if he’s turns out to not be suited for that?” Again, I respected their diligence, and assured her that once a dog was part of our family, they were ours for life. “Okay,” she said, you can come adopt him!

We were on the road to New York the next day. We met the Kelpie in the visiting room and he promptly leaped on top of the table. Yep – ever the the agile Kelpie, known for jumping on the back of the sheep they are herding to get to the other side of the flock. When Paul tossed him a treat and he caught it in mid-air, I knew he was coming home with us. Didn’t know if he was pure Kelpie – he has some blue in both eyes, and I’d never seen a Kelpie with blue eyes – but he was Kelpie enough – he looked like a Kelpie, and he sure acted like one! 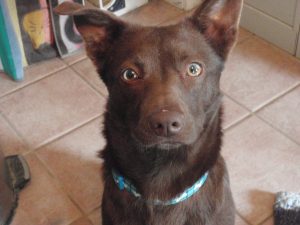 We haven’t been disappointed for one moment – intelligent, loyal, intense, high-energy – everything a Kelpie should be. No doubt from the instant he jumped into our car, laid down in his crate and didn’t make a peep on the five-hour drive home, that he was ours for life. A few weeks later when they posted what appeared to be his sister on their website (same age, stray from same part of Tennessee), we were sooooo tempted – but we agreed that one Kelpie was enough. 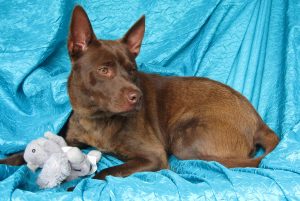 I also promised to share my household agility course with you. Ironic that one of my first memories of training our family dog was setting broomsticks across chairs and having him run around the house and jump over them. Here are some sample obstacles:

1. Chair Crawl: Take several folding chairs, or dining room chairs that don’t have low rungs between the legs on on at least two sides. Set them in a row and lure your dog to crawl under them. (You may have to start with one chair and work your way up to a full row.) Eventually you won’t have to lure. 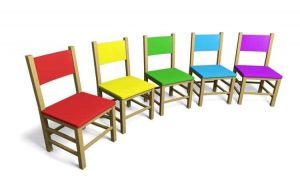 2. Bobbing for Hot Dogs: Take a tub or deep pan, some cool water and package of hot dogs, cut up into penny-slices. The size of the tub/pan and the amount of water should vary with the size of your dog. Small dogs will need shallower water. Drop a few pieces of hot dog into the pan with the water and invite your dog to get them. One of the best parts of this game is watching the dog think through how to get the hot dogs. (Our first Pomeranian, Dusty, used to blow bubbles out his nose.) If your dog is especially keen to avoid water, you may need to do some coaxing.  Hold a piece of hot dog in your palm under the water to encourage her to grab it without having to go under the water. Gradually lower it as she gets braver.

3. Tootsie Rug Roll: Let your dog watch you roll up a carpet runner as you drop treats into the runner every six to twelve inches. When the carpet is completely rolled up say “Find it!” and let her figure out how nudge the roll open to get to the treats.

4. Jump Over: Take a broom or mop and lay it across two chairs (criss-cross two poles to make a lower/easier jump). Stand on one side and call your dog to you, or toss a treat over the pole to get her to jump it.

5. Jump In: Set a laundry basket right-side-up (put weights in the bottom if needed) and invite your dog to jump in – and then jump out. Set up several in a row! 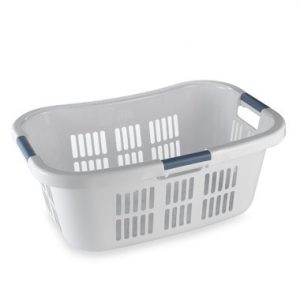 6. Hind Paw Perch-Pivot: Take a low foot-stool or box and teach your dog to put both hind feet on it. (I find this easiest to do with shaping.) Now teach him to pivot around the stool while keeping his feet in place. 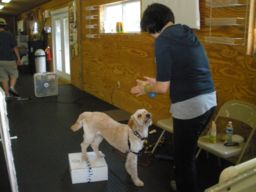 7. Trapped Toy Rescue: Turn your laundry basket upside-down and put a favorite toy under it. See how long it takes your dog to “rescue” his toy, (Put weights on top of the laundry basket of this is too easy for him.)

8. Out of the Box: Put some tasty treats inside a cardboard box and fold the lid-flaps closed. Let her figure out how to push into the box to get the treats. (This is a pretty easy one. Turn the box upside-down so the open side is on the bottom to make it more challenging for her.

9. Out of the Bag: Same as above, only with a paper bag instead of a cardboard box. The more times you fold the bag over itself, the harder it is for your dog. (You can also do it with a re-usable nylon shopping bag – as long as you don’t mind if the bag gets torn… 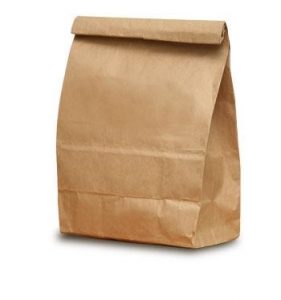 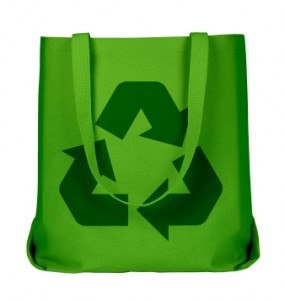 10. Go ‘Round: Take a solid object such as a crock, a stool, a heavy statue/figurine, a bucket – and teach your dog to circle around it on cue.

These are just some possibilities – I bet you can think up more! Take the ones you like, set up an indoor agility course for your dog(s) and go for it! Time your dog and see if he can improve on his times. Rearrange the obstacles for variety. If you have multiple dogs, (and/or multiple human family members) they can compete against each other. Go play with your dog – and have fun together!!

Next blog? Sunny’s story – and some cool tricks to teach your dog… and hopefully some warmer weather to report! 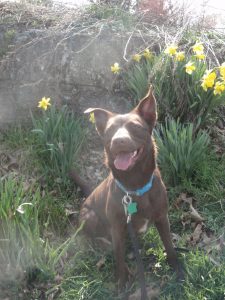 Oh wait – one last bit of totally non-dog related info… did you know that tomorrow night (4/21) is supposed to be the best night to watch the Lyrid meteor shower – and with a new moon (and clear skies due here in Maryland) it’s supposed to be a really good show. https://www.cnet.com/news/lyrid-meteor-shower-2020-the-best-night-sky-show-for-months-is-about-to-peak/  .