One of the things I do in my “spare time” is to write short articles about Pet Law for Examiner.com. From time to time I submit Legal Briefs for which I mine the Internet for reports of animal abuse and cruelty cases and present a short synopsis of some of them. While doing this recently I ran across two articles that stuck me as particularly noteworthy.

The first one was just bizarre. Gary Korkuc of Cheektowaga, New York (near Buffalo) had adopted a cat from a local shelter. Sunday night, Buffalo police pulled him over for running a stop sign, and heard a cat meowing from the trunk of his car. When they opened the trunk they found 4-year-old Navarro in a cage, his fur covered with oil, crushed red peppers, and chili peppers.

Korkuc told police at the time that he did it because the black-and-white tuxedo cat was ill-tempered, and he was going to eat him. He also reportedly told them his neutered male cat was pregnant. The officer took custody of the cat and charged Korkuc with cruelty.

In a news interview with a reporter, Korkuc insisted he was “not crazy” claiming the  cat had “miscarried” and was sitting in his own blood, that he wasn’t planning to eat him, but was instead returning him to the shelter, upset that his  cat had gotten pregnant after being spayed, and miscarried.

Navarro has been adopted to a new home, and renamed Oliver.

There’s no element of humor in the baseball bat case. In this horrific incident, a 20-year-old Fairborn woman and her 44-year-old boyfriend/fiancé beat the family dog with a baseball bat and then ran him over with their car, supposedly because he had been aggressive toward family members. Chastity Elliott and Robert Proffitt are due in court August 16th to face charges of animal cruelty.

One report says the Australian Shepherd mix bit Chastity’s 2-year-old brother in the nose six weeks earlier, and quotes her as saying Smokey chewed her brother’s nose “all to pieces.”

Smokey is in the custody of the Greene County Animal Shelter. Officials say he’s making progress, but his future is still uncertain.

So why am I writing about this? Prior to launching Peaceable Paws in 1996, I worked at the Marin Humane Society in Novato, California for 20 years. For 15 of those years I was a humane officer, and part of my job was investigating and assisting with the prosecution of animal cruelty cases. Paul, my husband of 23 years, is also an animal protection professional, presently executive director of the humane society here in Washington County, Maryland. 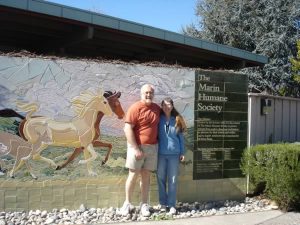 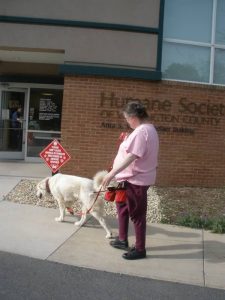 One of the things I always said while working at the shelter was that it was never boring. Even after 20 years, you couldn’t begin to predict what each day might bring. I never investigated a marinated-cat case, but we did convict a man who killed a litter of puppies by smashing them in the head. I’ve continued at least peripheral involvement in animal investigations through Paul, and sometimes more than peripheral, such as when his shelter impounded 75 neglected and mostly-unsocialized horses in December of 2006. We took care of 32 of them ourselves on our farm and a farm across the street from us, (the rest went to rescue groups) and two of them remained as permanent members of the Miller family. (Remind me to tell you more about that case one of these days.)

When I see cases such as the two described above, I long to put that uniform and badge back on and go kick some animal-abuser butt. I can only imagine what Smokey must have been thinking, and feeling, as he was being smashed to pieces by the humans who were supposed to be caring for him. How can people be so brutally cruel? I often think there are different subspecies of Homo Sapiens, and that humans like Elliott and Proffitt must have evolved on a far distant branch of the tree from the people I associate with. 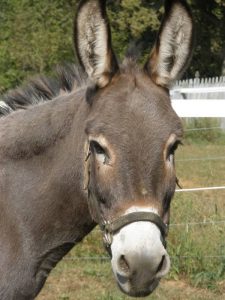 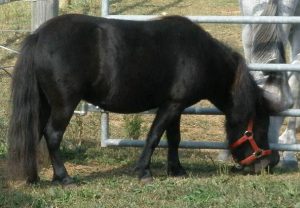 Korkuc, hopefully, does have some psychological problems – the scanty information from news reports certainly seems to indicate as much – and hopefully will receive treatment. Hopefully he won’t acquire any more animal companions, at least not until he’s able to properly care for one. While we still have to protect animals from people whose minds are functioning well, at least they don’t seem as purely evil as those who would brutally beat their dog.

It’s pretty common knowledge now that there’s a link between people who are deliberately cruel to animals and the increased likelihood that they might also be cruel to humans. Fortunately, over the last 35 years I’ve seen a steady increase in the willingness of our judicial system to take animal cruelty cases seriously. Perhaps one day cases like Smokey’s will be a rarity. Perhaps someday all people will realize that abuse has no place in our relationships with the sentient beings who share our world, be they human or not-human. Perhaps when that day comes, all our animal companions will enjoy the benefits of positive training in a cruelty-free, force-free world.

Until then, they are depending on all of us, dog trainers and others, to protect them, and to keep moving our world toward a more humane society.

People sometimes ask Paul and I how we can do this work, and bear to see animals suffering. I can only answer, “How can we not?” 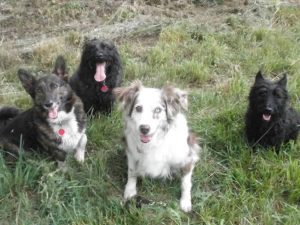 Keep Smokey in your thoughts and prayers…

2 thoughts on “Of Marinated Cats and Baseball Bats”